A little help from my tweets. 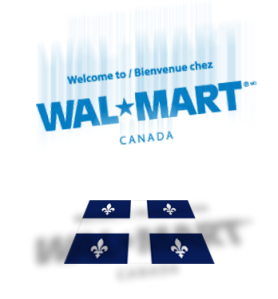 Having closed the Jonquiere Quebec location in 2005 coincidentally after workers there formed a union, Wal-Mart is closing a tire-and-lube garage in a Gatineau where in August a Quebec arbitrator imposed a collective agreement on the company.

It's a shame that the world's largest private employer doesn't treat their workers better. 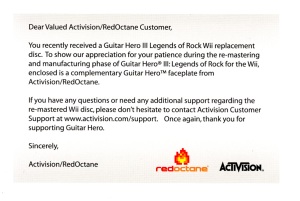 Fedex had a package from me but had the wrong address so I haD to pick it up at the depot. It was from Redoctane  but it was not my Guitar Hero 3 replacement disc that they say I should have ALREADY received?!?

It was the thank you gift for sending in my Guitar Hero 3 disc to be replaced, that I have not already received. It's already on my guitar waiting for the game to show up.

I've contacted Activision support, but with it being the weekend I'm obviously not expecting a speedy response. I've waited this long what's a little longer right?

I know I was less than positive about the forthcoming Aerosmith Guitar Hero, but if it was out now I'd totally pick it up to start playing again.

Now if you excuse me I'm going to play some air guitar on my fake guitar. 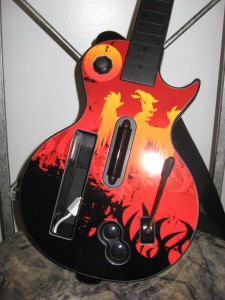 During high school, instead of being cool I read sci-fi. The books of Arthur C Clarke held my imagination during this time and I look back on them with great fondness.

Back in February I saw this video of Clarke's that he did for his 90th birthday. I didn't post about it at the time but I'm adding it here.

It's quite sad when we lose such a great mind such as Clarke's. 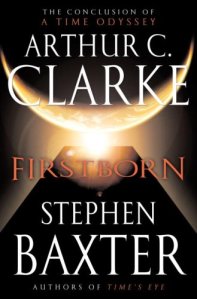 UPDATE: Last night the Science Fiction Book Club called and offered me three free books (with only having to buy two more in the next year). One of the books they offered was Arthur C Clarke's First Born, so I took it the offer.

A coincidence if you ask me. Or maybe not, the woman on the phone a) didn't know who he was and b) that he had just died. If I was the manager of the call center I would so tell everyone to push that book right now. Though it might be considered by some a little opportunistic.

So one of the large problems facing Montreal every spring as the snow banks melt is that the piles of trash remain on the city streets.

Also this pass year a non-smoking ban went into effect so all the smokers are being pushed outside, even the dances from the strip clubs. So you can image the debris in the streets.

The Mayors office is really pushing for people to do their share and they will even be fining people. The recycle in the city core will now use plastic garbage bags so it doesn't blow away and add to the problem.

A local man took cleaning up the city to extremes when he saw someone emptying their car ashtray in the gutter and has become a local celebrity. I'm sure the litter bugs will think twice knowing that this guy is out there.

To bad it's a hoax, but it's still funny.

So this morning when I took Ethan to day care I looked down our street to the next block I saw a cop car with it's lights flashing and one of those mobile news vans with a telescopic satellite dish extended.

I wasn't going that way so I put it out of my mind and dropped off the little guy and went to work.

My dad calls during dinner and tells me about how two women were stabbed in a car and one was dropped out at the bottom of our street.

I told Donna I guess that's what the news van was about.

But my town has other things going for it other than attempted murder. No cemeteries for one so no zombies. And it's the only official multicultural city in Quebec. And the new Quatier Dix30.